Can a Catholic Be a Socialist? [The Answer Is No - Here's Why]

Home / Can a Catholic Be a Socialist? [The Answer Is No - Here's Why] 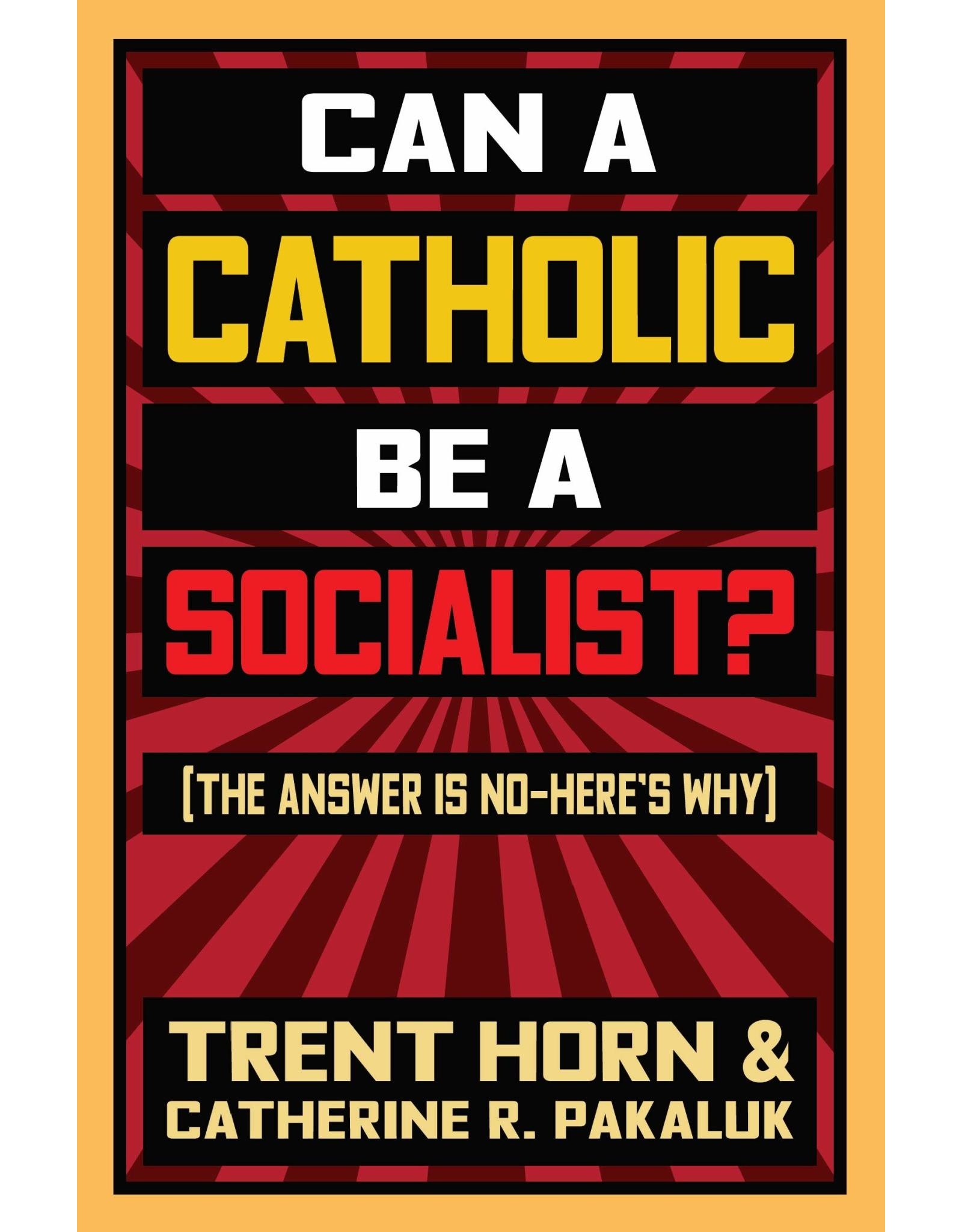 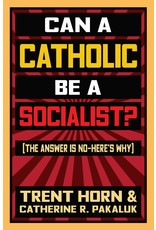 Common Sense About the Common Good

Yet somehow this long-discredited economic philosophy is making a comeback, not only on college campuses and political talk shows, but among sincere Catholics. Some think it could be the answer to greed and globalism. Others even argue that it’s the best way to obey Christ’s command to help the poor.

Let’s give socialism a fresh chance, they say. A democratic socialism this time, friendly to religion and ordered to the common good like the Church says the economy should be.

In Can a Catholic Be a Socialist?, Trent Horn and Catherine R. Pakaluk refute this tempting but false notion. Drawing on Scripture, history, Catholic social teaching, and basic economic reality, they show beyond a doubt that Catholicism and socialism are utterly incompatible.

Along the way, they debunk many of the common claims used to keep afloat the fantasy of a Christian-socialist hybrid, including:

-Since the early Christians kept their property in common, so should we.

-Jesus would be in favor of an economic system that guarantees everyone food, health care, and education.

-The Church—especially Pope Francis—teaches that Catholics must find a “third way” between the extremes of Communism and capitalism.

-Socialism would work if it were just done right, like in Sweden.

Although there is no one “Catholic” economic system, Can a Catholic Be a Socialist? also helps you understand commonsense economic principles that are truly in line with the Faith. For we all should work for an economy that gives life: fostering prosperity and the common good while providing opportunities to practice temperance and charity.

One of the strangest things about these strange times is the attempt to resuscitate a utopian scheme that has never worked anywhere and that's typically left a lot of misery in its wake: socialism. Trent Horn and Catherine Pakaluk do a deep dive into socialism's fatal flaws, using the sharp tools of Catholic social doctrine for the excavation. Their book is a welcome primer on socialism's built-in deficiencies and a clarion call for the moral renewal of the free society. - George Weigel
Distinguished Senior Fellow and William E. Simon Chair in Catholic Studies Ethics and Public Policy Center

Trent Horn and Catherine Pakaluk demonstrate, crisply and succinctly, that settled Catholic teaching and the evidence of history contradict socialism. Indeed, “Catholic socialism” is an oxymoron. Any young Catholic tempted to believe otherwise should read this book. - Jay W. Richards, Ph.D., The Busch School of Business, The Catholic University of America

This is a very helpful primer to a dangerous temptation. Concise, with the essentials. Help get it circulated.
- Kathryn Jean Lopez, senior fellow, National Review Institute, editor-at-large, National Review

Crisply written and sharply argued, this book brings together essential Church teaching backed by sound philosophy and economics. Trent Horn and Catherine Pakaluk have produced an essential volume for anyone curious about how to think faithfully about our moral, political, and economic obligations. - Ryan T. Anderson, Ph.D., St. John Paul II Teaching Fellow in Social Thought at the University of Dallas