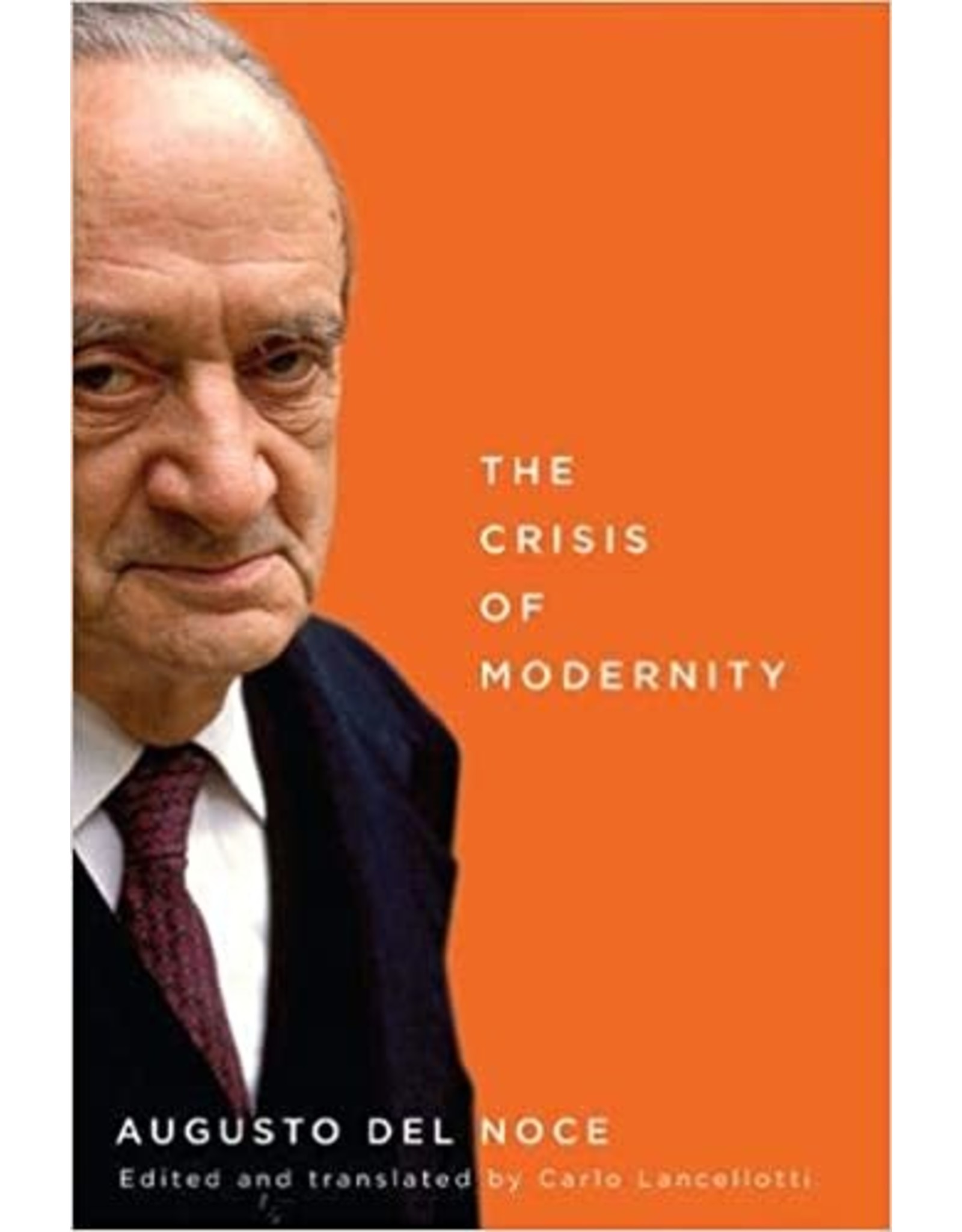 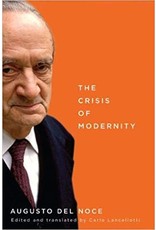 In his native Italy Augusto Del Noce is regarded as one of the preeminent political thinkers and philosophers of the period after the Second World War. The Crisis of Modernity makes available for the first time in English a selection of Del Noce's essays and lectures on the cultural history of the twentieth century.

Del Noce maintained that twentieth-century history must be understood specifically as a philosophical history, because Western culture was profoundly affected by the major philosophies of the previous century such as idealism, Marxism, and positivism. Such philosophies became the secular, neo-gnostic surrogate of Christianity for the European educated classes after the French Revolution, and the next century put them to the practical test, bringing to light their ultimate and necessary consequences. One of the first thinkers to recognize the failure of Marxism, Del Noce posited that this failure set the stage for a new secular, technocratic society that had taken up Marx’s historical materialism and atheism while rejecting his revolutionary doctrine. Displaying Del Noce's rare ability to reconstruct intellectual genealogies and to expose the deep metaphysical premises of social and political movements, The Crisis of Modernity presents an original reading of secularization, scientism, the sexual revolution, and the history of modern Western culture.

The essays in this book were carefully chosen to provide a representative selection of Del Noce's mature thinking without being too eclectic. The translation is excellent, and very readable. [Del Noce's] insights into the cultural phenomena of technologism, scientism, positivism, nihilism, gnosticism, the destruction of the family, the forgetfulness of authority, the impoverishment of religion, and the obsession with power, are still fresh, and make the book profoundly interesting for anyone living in the contemporary West. -- David C. Schindler, The Review of Metaphysics

Anyone starting to read [Del Noce's] essays will immediately realize that we are dealing with a profound, thoughtful and historically reflexive thinker. [...] The selection of essays collected in The Crisis of Modernity now offers to an English speaking audience a glimpse of the richness and fecundity of Del Noce's thought and its relevance in this global society of the third millennium. -- Bjørn Thomassen and Rosario Forlenza, Voegelinview

Augusto Del Noce (1910-1989) was a professor at La Sapienza University of Rome and a distinguished philosopher, political thinker, and public intellectual. Carlo Lancellotti is a professor of mathematics and a member of the graduate faculty in physics at the City University of New York (College of Staten Island).
Add your review
0 stars based on 0 reviews
Add to wishlist / Add to comparison / Print