Traditional Mass, The: History, Form, and Theology of the Classical Roman Rite

Home / Traditional Mass, The: History, Form, and Theology of the Classical Roman Rite 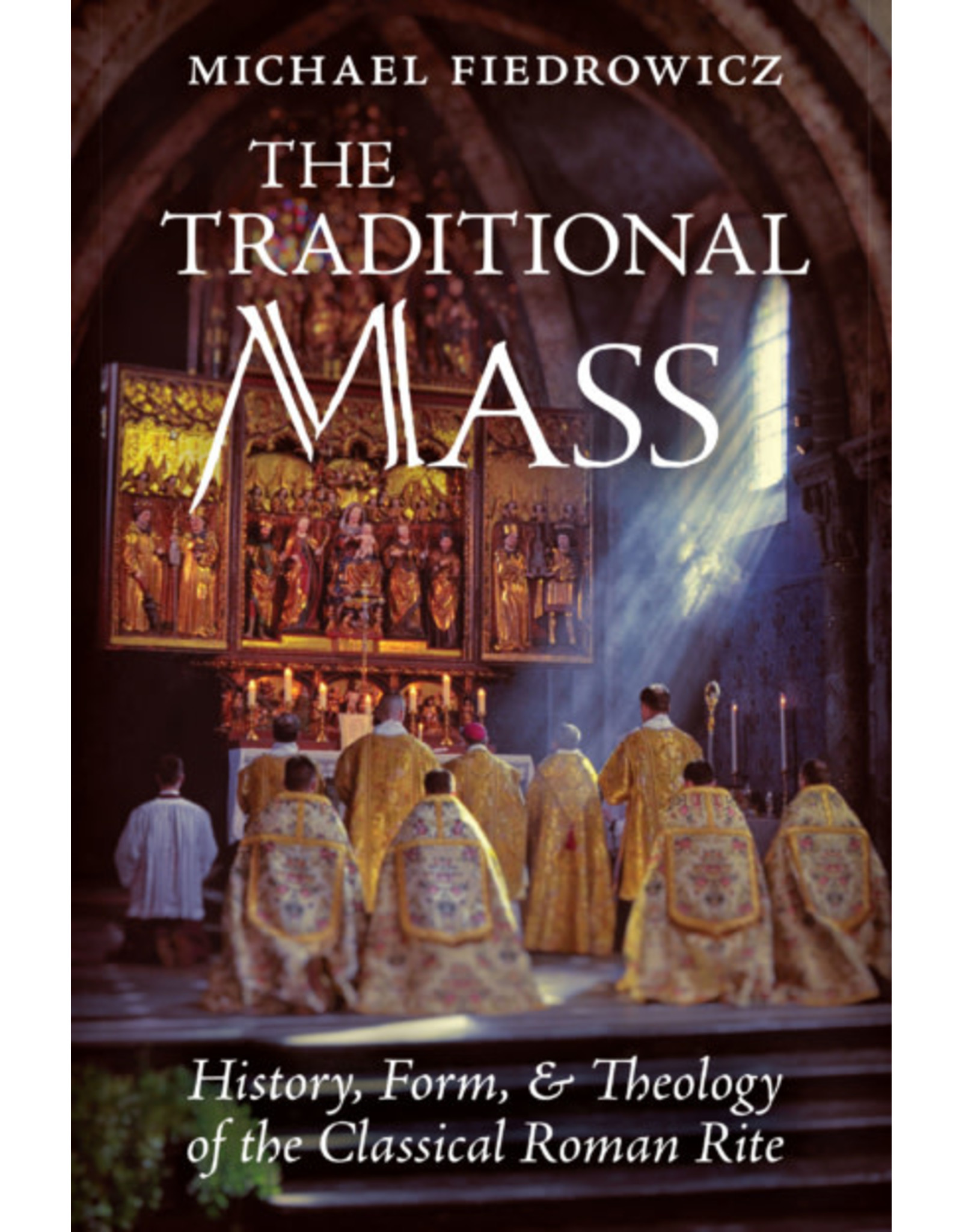 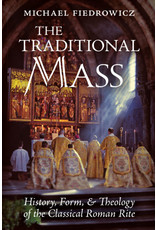 In view of ever deepening interest in the traditional form of the Roman rite of Mass—which, according to Benedict XVI’s Summorum Pontificum, demands “due honor for its venerable and ancient usage”—a comprehensive but concise introduction to its history, form, and theology is more than ever desirable.

In contrast to conventional explanations of the Mass that offer practical or allegorical explanations of particular moments in the rite, the present work attends to the organic process by which the Roman rite was built up from its foundations into a magnificent structure, marked by the accumulated riches of each age through which it passed, and characterized by order, beauty, and piety in its texts, gestures, rubrics, chants, and calendar—ranging from the major elements to the most minute details. Treated as well are the reality of the sacred and how it is encountered, the irreducible role of ritual action, the eastward direction of prayer, the formation and value of a specialized sacred language, and liturgical participation correctly understood. The author brilliantly expounds the dogmatic fidelity, anthropological realism, pastoral advantages, and inexhaustible theological depth of the traditional Latin Mass, in and through which the harmony of the Catholic lex orandi and lex credendi achieves its most perfect expression and its most powerful impact.

“Readers will find here much with which to grow in their appreciation of Pope Benedict XVI’s insistence that, in respect of the older liturgy: ‘What earlier generations held as sacred, remains sacred and great for us too, and it cannot be all of a sudden entirely forbidden or even considered harmful. It behooves all of us to preserve the riches which have developed in the Church’s faith and prayer, and to give them their proper place.’ The publication of this English translation marks another important step towards achieving that goal.”—DOM ALCUIN REID, Founding Prior, Monastère Saint-Benoît

“This historically rigorous and theologically informed book is indispensable for anyone who cares about Pope Benedict XVI’s liturgical vision. I am delighted that this outstanding introduction to the traditional form of the Roman Mass is now available to Anglophone readers.”—FR. UWE MICHAEL LANG, Cong. Orat., St. Mary’s University

“Michael Fiedrowicz here accomplishes something well-nigh miraculous: a comprehensive introduction to the elaborate history, complex structure, and sublime theology of the traditional Latin Mass—supported by abundant scholarship—all within the scope of a single highly readable volume. His treatment of organic development, Latin, Gregorian chant, the orations, the Offertory, the Roman Canon, eastward orientation, and the benefits of fixed ritual are among the best I have ever seen. His respectful but incisive critique of defects in last century’s liturgical reform runs like a countermelody against the principal theme. Quite simply, this is the best one-volume work on the classical Roman Mass published since the Second Vatican Council.”—PETER A. KWASNIEWSKI, author of Noble Beauty, Transcendent Holiness

“I am pleased that Angelico Press has made available in English translation Prof. Fiedrowicz’s substantive achievement—the fruit of careful research, orthodox faith, and reverence for the riches handed on in tradition.”—FR. THOMAS KOCIK, Society for Catholic Liturgy

“The Roman Church has been rendered a great service with the publication of The Traditional Mass. Whereas previous tomes on the Roman Liturgy have often been too technical to appeal to the average Catholic, Fiedrowicz’s style—simple, informative, yet profound—grips and guides the reader from the outset. I heartily recommend this masterpiece to all Catholics who desire to better understand and appreciate the traditional Roman Mass.”—LOUIS J. TOFARI, Romanitas Press